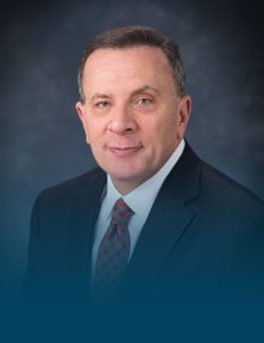 Attorney Kenneth A. Stern has focused his three decades-long legal career on making lives better for adults and children who have suffered injuries through no fault of their own.

It’s the kind of law he has wanted to practice for nearly as long as he can remember. A native of Oak Park in suburban Detroit, Ken was raised by a single mother who struggled and worked hard to provide for her family.  Early on, he developed an appreciation for the importance of public service and the value of hard work from her and, beginning at age 12, he started working in the restaurant business.  Ken continued doing so all the way through his undergraduate years at Wayne State University, where he received a B.A. in 1976.  By that time, he knew that he wanted to become a lawyer who would work on behalf of working and injured people, and Ken had that career goal in mind when he enrolled at the Detroit College of Law that fall.

During his third year in law school, Ken began working as a law clerk in the law firm of Meklir, Schreier, Nolish and Friedman. The firm after hired him as an attorney after he received his law degree in 1979. He worked on a variety of plaintiff’s personal injury cases,  tried many lawsuits  and within two years, Ken had developed a solid client base and decided the time had come to launch his own firm, which he’s been operating ever since with the assistance of his dedicated staff and other lawyers.

Ken has devoted a significant portion of his wide-ranging practice to product liability and medical malpractice cases, and he has expanded that interest to national involvement, working with law firms in other states to help them with their cases and to receive referrals from them as well. To his clients and other lawyers, as you’ll soon learn, Ken is no ordinary lawyer. To those he opposes, Ken is recognized for his tireless, aggressive advocacy, and meticulous preparation in securing justice for his clients. Backed by an investigative team and some of the most widely respected medical, product, economic and environmental experts he routinely calls upon for support in his cases, every client benefits from his extraordinary commitment.

Ken has become increasingly active in mass tort and class action cases involving defective drugs, medical devices and products, including defects in automobiles.  He’s stated, “The National Highway Traffic Safety Administration (NHTSA) was created in 1970, with the stated purpose of eliminating dangerous and defective automobiles that harm unwary consumers. Unfortunately, NHTSA has failed to fulfill its mission, needlessly exposing many to injury and even death. The auto manufacturers must be held accountable for these senseless and often avoidable tragedies. Poor design and construction also often result in dangerous and unsafe conditions, entitling owners to compensation as they deserve to be made whole when the manufacturer fails to provide them with a responsibly manufactured automobile.”

Another primary interest for Ken in this area is litigation involving talc powder, a mineral substance that women use for feminine hygiene and which has been linked to ovarian cancer. “It’s another classic case of the senseless greed that causes some corporations to generate profits and improved balance sheets by ignoring the safety of their consumers,” Ken says.

“It is extremely unfortunate, but in our cases involving Johnson & Johnson, we have discovered a number of documents that show that Johnson & Johnson has been aware for decades of the association between talc power and the development of ovarian cancer,” he says. “As a result, many women have developed ovarian cancer, and many have died. It is a tragedy of enormous proportions and is characteristic of some of the worst corporate culture and irresponsibility that I can imagine, in the sense that Johnson & Johnson abandoned all duty to the customers who were purchasing their products and relying upon their safety. Knowing their product was harmful, they ignored their duty and responsibility to alert customers through proper warnings that would have guided the conduct of so many of these women who would have never used their product.”

Ken has also been involved in many environmental disasters that have damaged innocent victims and their property, harmed by corporate and governmental interests.  He’s represented Flint residents in the in the water contamination case against the State of Michigan, elected government officials and private contractors responsible for contaminating the drinking water for the entire City of Flint.

For years, much of Ken’s medical malpractice work has focused on birth injuries. Birth injuries, including Cerebral Palsy, are often caused by inadequate oxygen flow to the fetus. Determining how that happened requires careful review of medical records.

To Ken, the demands are worth it, and over the years he has made a difference in the lives of thousands of children and their parents. His commitment to these families has resulted in testimony he’s presented on behalf of special needs children during Hearings before the state legislature, and during appearances before members of Congress.

His commitment to these families, however, clearly extends even beyond his law practice. Some years ago, Ken created an organization called 4MyChild to provide free information, help and resources for parents of children with brain injuries that could not benefit from the legal system, and he hired a staff to operate it. That organization then grew into a larger one, MyChild at CerebralPalsy.org.  Today, that website is rated No. 1 by Google, amongst some 12,000,000 other websites, when searching for information related Cerebral Palsy. The organization offers a call center along with a wide range of information on how to obtain government benefits, community support groups, funding resources, and more, free of charge.

Kenneth A. Stern derives the ultimate satisfaction from being able to provide help for people who may not receive it anywhere else.

“I think that in the United States we have unfortunately fostered and perpetuated a culture of corporate crime and malfeasance,” he says. “It’s something that often starts on Wall Street and ends up in our medicine cabinets. The careers of many corporate CEO’s in our country today may be as short as three years. This causes many CEO’s and corporations to rush products to market without adequate testing and to otherwise take chances with our safety to drive up corporate profits and stock prices, and to secure more favorable retirement packages for themselves,  all at the expense of consumers that rely upon these companies and their management to do the right thing.  It is almost a sickness that pervades our society, and that rewards corporations for engaging in activity that in certain instances is abominable, despicable, and completely deplorable. There has to be someone who serves as a backstop, who says ‘enough’ because we can no longer count on corporations, government or our institutions to protect us. That person is very often your lawyer.”

“I derive great fulfillment from the opportunity to serve as that backstop, to make certain that when something occurs because of corporate greed, ignorance, or because of the abject failure to behave responsibly, we are there to protect those that may be injured or harmed. I am honored to provide that critically needed service for our clients.”

Learn More about our firm

The firm’s principal attorney Kenneth Stern has won numerous jury verdicts nationwide and has also secured several multi-million dollar settlements for individuals who have been wronged by medical product manufacturers.  Many of Ken’s legal victories have been noted in widely distributed legal journals and the national press.  As a leading medical malpractice and products liability attorney, Ken continues to be a vocal advocate for his clients, dedicating his time and efforts to fighting for their legal rights.

Get up-to-date information about legal issues impacting your local community and families nationwide.
View All News

Learn more about your legal rights in regards to your defective product, medical malpractice or personal injury case.
View All Articles
Contact us 24/7. Call or click now! (844) 808-7529 Request a Call Back Start Your Case