Call for immediate help (844) 808-7529
Taxotere® Lawsuits Filed Over Serious Side Effects Resources Gathered For You- Our hope is to inform, educate and become advocates for you. 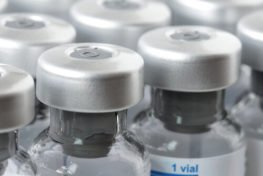 Our personal injury lawyer discusses studies and lawsuits filed regarding Taxotere® alleging the drug causes permanent alopecia (loss of hair or baldness). This page is designed to offer current medical and legal facts regarding the litigation.

Taxotere® (docetaxel) is a widely prescribed chemotherapy drug that is manufactured and marketed by the pharmaceutical company Sanofi-Aventis. The chemotherapy medication has been widely prescribed as a treatment for breast cancer in the U.S. since 1999. Approximately 300,000 people are diagnosed with breast cancer annually, and Taxotere® constitutes the most widely prescribed drug in its class. Sanofi-Aventis has marketed the drug as part of a treatment plan once every three weeks, which is appealing to many women as an alternative to weekly treatment with paclitaxel, a drug in the same class. In other words, Taxotere® has been promoted as offering convenience as the primary benefit of the drug compared to paclitaxel even though studies have revealed paclitaxel is just as effective. However, studies have potentially linked the drug to a disfiguring side effect, referred to as alopecia (permanent hair loss).

Patients confronting the challenges of breast cancer do not deserve to suffer harm caused by the side effects of drugs that are not disclosed. Our law firm tenaciously pursues justice for our clients who are harmed by unsafe drugs. If you are suffering from the loss of your hair, which is not growing back after using Taxotere®, we invite you to speak with an experienced dangerous drug attorney at the Stern Law, PLLC (844) 808-7529 to learn how we can assist you in maximizing your financial recover. We genuinely care about our clients’ well-being, so we work diligently to maximize their recovery.

As of May 2016, there has not been a recall issued for Taxotere® related to permanent hair loss or baldness. However, investigation of the impact of the drug on hair loss is at the early stages from a legal perspective. The FDA approved language in December 2015 to be included on the label of Taxotere® that provides the following adverse reaction information: “Cases of permanent alopecia have been reported.”

Why Our Law Firm Is Investigating Taxotere® Lawsuits

Admittedly, significant hair loss is a common expectation among breast cancer patients undergoing chemotherapy. Temporary baldness constitutes a common side effect of fighting cancer. Generally, women do not anticipate that their hair loss will be permanent. A number of women have filed lawsuits against Sanofi-Aventis. These lawsuits essentially allege that the pharmaceutical manufacturer failed to warn women of the risk of permanent hair loss and hid research linking the drug to adverse side effects, so patients were deprived of the right to make an informed decision about whether to undergo the treatment.

The case of Ami Dodson was one of the first lawsuits filed regarding permanent alopecia caused by Taxotere®. In the court documents filed in her lawsuit, she discussed chemotherapy with her physician after a partial mastectomy because of a tumor discovered in her breast. The court documents indicate that neither Ms. Dodson nor her physician were aware of the risk of permanent alopecia potentially associated with Taxotere®. After she elected to undertake treatment with the chemotherapy drug, she suffered permanent loss of her hair.

Although Taxotere® has been manufactured and sold in the United States since 1999 for the treatment of advanced or metastasized breast cancer (and other forms of cancer), lawsuits allege that Sanofi-Aventis delayed warning patients in the U.S. of the risk of permanent hair loss. While many chemotherapy drugs cause hair loss, patients typically experience regrowth of their hair shortly after completion of the drug treatment. Although the adverse reaction of alopecia must be disclosed to patients and doctors according to the FDA as of December 2015, pending lawsuits allege that the company knew of the link and warned users outside the U.S. much earlier. A lawsuit filed in March 2016 alleges that Sanofi-Aventis warned physicians and patients in Europe of this adverse side effect as early as 2005 and in Canada as early as 2012.

At Stern Law, PLLC, we are currently investigating claims for compensation on behalf of patients who have suffered permanent hair loss after taking Taxotere®. We are tenacious advocates for the rights of our clients, so we aggressively pursue the fullest compensation for their injuries. We invite you to give us a call today to see if you or a loved one is entitled to compensation for the harm you have suffered. Call the Stern Law, PLLC today at 1-844-808-7529, or complete an online contact form for assistance. Click here now for more information on scheduling your free case evaluation with one of our knowledgeable Taxotere® hair loss claims lawyer.