Regular Use of Aspirin Linked to Higher Incidences of Macular Degeneration 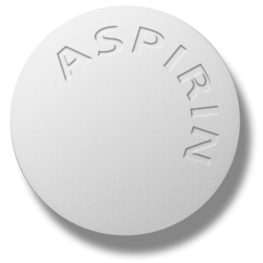 According to a recent Australian study published online in JAMA Internal Medicine, the ongoing use of aspirin may lead to a higher likelihood of developing neovascular age-related macular degeneration (“AMD”). AMD is a severe medical condition that damages the retina, causing vision impairment and sometimes blindness in people who typically are over the age of 50. In fact, macular degeneration is the leading cause of blindness in older people, with the more severe and rapidly progressing “wet” form of AMD occurring in approximately 10% to 15% of cases.

During their examination, the Australian researchers analyzed data from a 15-year population based prospective cohort known as the Blue Mountain Eye Study. Said study was originally designed to examine the prevalence, risk factors and incidence of ocular diseases in 2,398 participants aged 49 and over. Ultimately, the study revealed that out of 257 regular aspirin users, 63 (24.5%) of these individuals were diagnosed with AMD. In light of the adjustments that were made for each study participant’s age, smoking history, cardiovascular history, blood pressure, and other important factors, said study revealed that aspirin users have a higher risk of developing AMD than non-users. Specifically, the incidents of AMD rose with the frequency of the participant’s aspirin usage and are reported as follows:  (i) 2.2% in those that never use aspirin; (ii) 2.9% for those that use it occasionally; and (iii) 2.8% for those that use aspirin on a regular basis.

Notwithstanding the study’s findings, leading medical experts are challenging its results, stating that the evidence is insufficient to adjudicate the link between consuming aspirin and developing AMD. While some cross sectional studies support the conclusions rendered by the study, others have produced conflicting results, resulting in significant scientific uncertainty as to actual causality. Although the aforementioned study does not prove that aspirin directly damages the eye, the theory is that may overstimulate the immune system. If this occurs, it is believed that said overstimulation can cause damage to the back of the eye, possibly resulting in the development of AMD.

Overall, aspirin is one of the most common medicines taken by many people world-wide to ease pain and discomfort. In addition, many of those who regularly take aspirin do so given its ability to reduce the risks of experiencing cardiovascular events such as heart attacks and strokes. In light of the above study, it is recommended that you speak with your doctor about your potential risk for eye damage in the event that you regularly take aspirin. Furthermore, you should not stop following your normal aspirin regimen used to treat cardiovascular disease or any other medical condition without first speaking with your doctor.

For more information, or if you sustained personal injuries as a result of a medical product or device, contact the Stern Law, PLLC today at 1-844-808-7529, or complete an online contact form to schedule your free confidential case evaluation. We are available 24 hours a day, 7 days a week to answer all of your questions, absolutely free.