Call for immediate help (844) 808-7529
Overview of the FDA Approved Drug Zofran® Resources Gathered For You- Our hope is to inform, educate and become advocates for you. 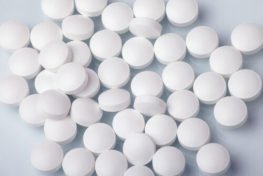 If you are one of the eighty percent of women who suffered from nausea and vomiting during pregnancy (NVP), your gynecologist or obstetrician might have prescribed Zofran® to alleviate your symptoms. This anti-nausea drug has only been approved by the Food and Drug Administration (FDA) for the relief of nausea and vomiting related to chemotherapy and radiation therapy in cancer patients, as well as nausea from pain medication after surgery. Nonetheless, doctors prescribe Zofran® to an estimated a million pregnant women each year for NVP despite the fact hundreds of lawsuits have been filed by women who have had babies born with physical and cognitive birth defects.

Free Confidential Case Evaluation: If your baby was born with a serious birth defect after you took Zofran® during pregnancy, our seasoned and tenacious bad drug lawyers at Stern Law, PLLC invite you to contact us immediately at 844-808-7529 for a free case evaluation. You may be entitled to financial compensation, and our lawyers can explain your rights and options.

The FDA approved Zofran® (generic: ondansetron) for the treatment of nausea related to chemotherapy and radiation therapy, as well as to counteract the effects of pain medication after surgery. Despite a lack of FDA approval for use during pregnancy and a paucity of evidence that the drug is safe for pregnant mothers, the drug manufacturer GlaxoSmithKline (“Glaxo”) actively marketed the drug to women suffering from morning sickness until the FDA leveled a $3 billion dollar fine for illegally promoting the off-label use. Doctors continue to prescribe Zofran®, ondansetron, and the related drug Zuplenz® despite the recent approval of an alternative drug that has been found safe to take during pregnancy after clinical studies.

Why Are Lawsuits Being Filed by Women Who Took Zofran® During Pregnancy?

Zofran® is classified as a “Pregnancy Class B” medication, which means the risks associated with the drug are unknown and that taking the medication during pregnancy is not recommended or approved. Despite the lack of FDA approval for treatment of morning sickness, medical professionals have widely prescribed the drug for this off-label use by expectant mothers. More than 260 women who took Zofran® during pregnancy have filed lawsuits alleging that their babies were born with serious congenital birth defects caused by the medication. Lawsuits pending against Glaxo indicate that the FDA had received hundreds of reports of birth defects among women who took Zofran® for pregnancy-related vomiting and nausea.

Studies suggest use of Zofran® during pregnancy increases the risk of birth defects, such as:

Many of these serious birth defects necessitate risky surgeries, cause lifelong problems, or pose life-threatening risks.

While the FDA did issue a safety communication announcing a recall of the 32-mg intravenous dose of Zofran® on December 4, 2012, the agency has issued no other recalls of the drug. The FDA recalled the high dose IV version of Zofran® because it was associated with cardiac risks.

As of July 17, 2015, the FDA had received 475 adverse event reports regarding birth defects and other negative fetal outcomes linked to Zofran®. The FDA also has issued other safety communications regarding use of Zofran® during pregnancy that include:

Studies Linking Use of Zofran® for NVP and Birth Defects

While Zofran® has been linked to many congenital birth defects, the most common examples are heart-related issues and craniofacial defects like cleft lip and cleft palate.

Some studies revealing a connection between Zofran® and birth defects include:

At least 260 Zofran® birth defect lawsuits filed in federal courts have been consolidated in a federal Multi-District Litigation (MDL) in Massachusetts. Many other lawsuits have been filed in state courts across the U.S. Court documents filed in pending lawsuits allege that Glaxo was aware that Zofran® posed an unreasonable risk of harm to developing fetuses as early as 1992. Some of the other allegations in pending lawsuits include:

Our Zofran® heart birth defect attorneys at Stern Law, PLLC are accepting lawsuits involving serious birth defects related to use of the anti-nausea drug during pregnancy. Our lawyers can advise you about pursuing an individual lawsuit in state court or joining the MDL litigation in federal court. We represent our clients with passion and diligence in pursuing their rights and full monetary recovery. Our product liability attorneys work tenaciously in pursuit of the best outcome for our clients. We invite you to contact Stern Law, PLLC today at (844) 808-7529 or submit an online form for assistance.