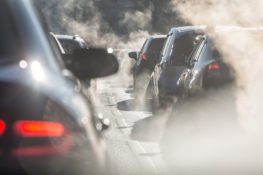 California owners of certain diesel BMW vehicles now must take a closer look at their legal rights in the wake of a class action filing against the manufacturer for the alleged use of ‘defeat devices’ that result in excessive emissions, damaging their vehicles, reducing their value on resale and placing at risk the health of their owners. While the scandal involves owners in all 50 states, California owners of these diesel-fueled BMW vehicles must take an especially hard look due to the rights afforded them by state law. Where many owners nationwide will be presumably get caught up in a future class action settlement benefiting the manufacturer, those in California can and should pursue their own individual claims. Doing so allows for unique penalties and additional compensation for the problems associated with these BMW emission claims.

Like a handful of other manufacturers, BMW now finds itself under scrutiny for the ‘performance’ of two of their diesel-based vehicles. Tracing back to the international Volkswagen scandal that involved the manufacturer paying out billions of dollars and some officials facing jail time, a number of other car makers have found themselves under scrutiny. Since then, Fiat Chrysler Automobiles (FCA), General Motors/Chevrolet and others have faced similar allegations of having software installed, preventing regulators from recognizing the true environmental toll the vehicles dealt during normal usage.

But what exactly is this BMW emission problem? In short, when seeking approval from governmental regulators, manufacturers provide sample vehicles that, in a controlled environment, are test run to determine how they operate. Rather than being driven on the open road, these vehicles are put on ramps and the like to simulate road conditions. However, due to the very specific nature in which these tests are conducted and published, a common baseline or ‘setting’ becomes public knowledge.

Based upon these common settings, software code is then generated to help the vehicle detect when it is in a ‘testing’ environment. When this is determined, the vehicle shifts how it operates and, in turn, provides numbers and levels that meet governmental standards. Once the vehicle is no longer in this ‘testing mode,’ however, the vehicle shifts how it operates that results in much higher, unapproved levels of emissions. As seen in this overview of the Volkswagen scandal, the defeat device does not happen by accident and is, instead, a complicated engineering undertaking.

The specific BMW emission problem surrounding the auto maker and other manufacturers involves the release of Nitrogen Oxide (NOx) at levels far exceeding the governmentally required standards. While other cars align with the government’s requirements on these issues, BMW’s vehicles are alleged to exceed these requirements, using the defeat device to skirt governmental awareness and attention.

Which California Owners Are Affected?

The aforementioned class action lawsuit and allegations that BMW now faces do not impact all owners of the company’s diesel vehicles. Instead, the cars under scrutiny for alleged defeat devices are:

While these vehicles date back almost five (5) years or more, they still fit the profile of those from other manufacturers under investigation. Of course, should other BMW emission issues be found in other vehicles, and violate emissions standards through defeat devices, the same advice and information would likely apply.

Why Should BMW X5 and 335d Owners Take Action?

First and foremost, a large number of those owning these vehicles bought them expecting they would not contribute to environmental harm in their daily commute. While sold as EPA-compliant and effective, BMW’s offerings are alleged to be anything but. For those owners who care about such an environmental toll, they have every right to be upset and to pursue damages for failing to receive what BMW claimed to be selling them.

Environmental concerns aside, owners should also consider an individual claim due to the impact a patch would cause on the vehicle’s performance. If the allegations are proven true, BMW would be required to reprogram the vehicles to comply with the governmental emissions standards. Germany has already ordered a recall to remove defeat devices on these vehicles, revealing this isn’t  a simple “American” incident and, instead, a widespread international problem affecting these vehicles. This recall would likely be required by the U.S. government in time and result in a similar patch to bring the vehicle back up to required standards. Such compliance patches often result in reduced MPG, among other things, resulting in the owner paying the price for the manufacturer’s malfeasance. As we experienced in the Volkswagen proceedings, this fact alone can result in buybacks and/or considerable compensation for owners.

Why Is California Law Important?

California law stands out in comparison to all other states due to the significant and considerable compensation it affords owners of ‘lemon’ vehicles. For emissions issues, no amount of repairs can undo the hidden damage of a defeat device in the past, and when a future patch results in reduced performance, the vehicle is, in turn, in position for a buyback. While the lemon law exists nationwide, the Song Beverly Act in California allows for additional penalties against the manufacturer for selling a lemon. While each case is different and law firms cannot guarantee results, application of California state law can result in payouts that could be 2, 3 or even 5x (or beyond) what an owner in another state may receive for the same BMW emission issues.

Using California law to preserve your financial rights is especially critical in cases where a class action settlement is looming. Where that settlement may be seen as adequate or relatively fair compared to each state’s lemon law, it often pales in comparison to what could be pursued individually under California law. That means California owners of BMW’s 2009-2013 X5 and 2009-2011 335d need to ensure they do not have their unique rights stripped by being lumped into a nationwide class action settlement and, instead, pursue an individual claim available under California’s more generous state law.

What Should California BMW Owners Do?

First, only those owners of the BMW X5 and 335d diesel vehicles need to be on alert (for now) regarding legal rights associated with their vehicle. At this time, only the X5 and 335d cars have been alleged to be outside of compliance due to the BMW emission studies conducted. At present, for California owners of the 335d and diesel X5, though, utilizing state law is crucial for pursuing the maximum compensation available for this scandal. The aforementioned penalty components available under California law look to compensate owners for the inconvenience, fraud and more involved with a qualified complaint.

The founder of Stern Law, Kenneth Stern, has stood up for families harmed financially and physically for more than three decades. As Co-lead counsel, he’s helping over 12,000 owners of Focus and Fiesta vehicles avoid a convoluted and, in our opinion, unhelpful class action settlement, Stern Law has since turned its attention to helping owners of diesel vehicles harmed by emission cheating. Working alongside leading attorneys in California with significant experience in the lemon and auto litigation arena, Stern Law is focused on getting owners everything they deserve. Further, by charging nothing out-of-pocket or up-front, our firm allows owners to rest assured they will be able to control their own claim with no financial hardship. We encourage you to learn more about our firm or see how we have helped and are helping owners with similar emissions issues, and Nissan owners with their own transmission issues by clicking here.

Ready to get your California BMW emission claim started? Fill out a claim form today and our firm will get to work building your case and preparing it for litigation. By working with thousands of other owners, our firm can show BMW just how serious you take this issue and pursue all of the financial compensation you are legally entitled to. Questions? Send us a note or call us at (844) 808-7529 today!