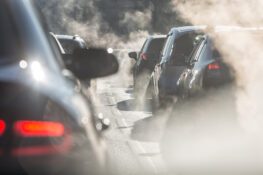 The Chevy Cruze emissions class action case, first filed in 2016, continues to move forward after a recent ruling by the judge in the matter. While General Motors, the named defendant in the Chevrolet-branded vehicle lawsuit, had sought to have the case dismissed, Judge Thomas L. Ludington ruled plaintiffs maintained the right to sue and could move forward toward trial. This represents a significant turning point toward potential settlement, where many believed the case had been significantly impacted by adverse rulings in the years previous.

In the June 9th ruling, Judge Ludington held that while some state-law claims and racketeering claims could not be supported, a variety of substantial claims raised by the plaintiffs could move forward. This stands out as notable and important for current and former owners because of the level of emissions cheating General Motors and their supplier Bosch are alleged to have engaged in with the Cruze emissions system.

With the case set to continue forward, Stern Law is paying particular attention to any potential class action settlement reached by the manufacturer eager to limit brand damage and avoid hundreds of millions of dollars in potential liability. Emissions cheating cases can be exceptionally costly for manufacturers, with record fines levied against a number of automakers over the years since Volkswagen was famously held responsible for emissions cheating. However, what can also be costly is how an emissions class action settlement can subject current and former owners to their legal terms unless they timely opt out to pursue their own individual claims.

Stern Law has represented thousands of individuals who chose to opt out of other emissions scandal class action cases where settlements did not meet their needs. In some high-profile instances, those who opted out were proven right to concerned about reports of software-related problems which were posted online by class members effectively stuck in the class action. What’s more, as these class action settlements most often automatically include current and former owners, the only way to preserve legal options in the event of future problems caused by an emissions software update is to opt out document within a limited time period, often as short as forty-five days. Our firm has helped thousands seeking to opt out to pursue their own individual claims for all the compensation they deserve.

For more information on how our firm has helped current and former owners of vehicles caught up in emissions scandal class action lawsuits, fill out our contact form or call (844) 808-7529 today. For more information on this case, including vital details about the allegations in the Cruze emissions scandal and why, beyond environmental reasons, those who could be affected should care and be vigilant about their legal rights, please have a look at our extensive analysis surrounding the Chevy Cruze Clean Turbo Diesel emissions matter.