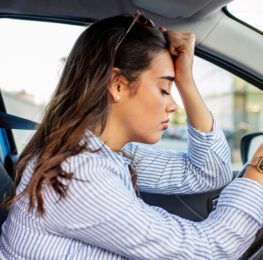 Our firm, Stern Law, is in regular contact with thousands of current and former owners of vehicles equipped with Ford’s troubled DPS6 PowerShift transmission. As part of that communication, we hear from clients and non-clients alike about their transmission and its inability to function as it should. A troubling trend has emerged involving PowerShift parts, however, that we feel compelled to inform you about in light of a recent class action case filed against Ford for transmission issues now affecting model year 2017-19 Focus and Fiesta vehicles.

Reports of parts shortages, if not outright part supply failures, have come to our attention in a way that makes it rather clear to us that Ford is unable to keep up with an influx of failing PowerShift vehicles. Whether this is due to supply chain and chip shortages globally or the rate of failure affecting these vehicles, or most likely a combination of the two, the fact remains that clients and concerned owners have informed us that dealers are reporting parts being unavailable for six months or more. That individuals would be out of a vehicle, with no rental being made available, for so long due to a lack of available PowerShift parts is extremely troubling. However, combined with the recent class action case filed by the same law firm that helped engineer the disturbing 2011-16 Fiesta and 2012-16 Focus PowerShift class action settlement means major problems could soon emerge if a similar deal is brokered as we expect will be the case.

In the previous class action settlement, members were unable to sue for all the damages they deserved for Ford’s deception and fraud, and instead forced to go through an arbitration program in order to pursue a buyback of their vehicle. Unlike a traditional legal proceeding that allows outside evidence and allegations such as fraud to be made, this arbitration program relied uniquely upon the documented repair history and the claimant’s restrictive state Lemon laws. That is to say, when making a decision on whether an owner deserved a buyback of their vehicle, the arbitrator would focus on how many repairs a state required to trigger the lemon law, the mileage and time frame for those repairs and little else. Many owners were unable to obtain repairs due to dealer refusal, the issue not being ‘bad enough’ or a lack of satisfactory PowerShift parts to repair/replace the problem, among other things. The arbitration program harshly resulted in an all-or-nothing effort that left far too many without the compensation they desired, or deserved. Even though the program and settlement efforts by Ford have reportedly been costly, we believe those expenses to the company fall far short of what they could and should have been through fair claims filed in court outside of the class action.

Another program similar to the previous class action settlement could prove extremely troubling for owners of these more recent PowerShift vehicles in light of the recent COVID-19 pandemic and reported parts shortages. With dealers closing or not providing service due to COVID concerns, and now with service departments unable to offer a repair due to a lack of parts to address the issue an owner is experiencing, our firm has serious doubts how anyone might qualify for a buyback within a restrictive arbitration program that relies exclusively on repair history – mileage and the timing of those repairs. If these reported PowerShift parts shortages prove accurate and it is an entirely common experience these days to have to wait months or more for a repair, such a settlement would prove to benefit Ford significantly while disappointing and deserving owners who simply wanted a vehicle with the functioning transmission they paid for.

It remains to be seen if this recent DPS6 PowerShift class action case will be resolved through a fast-moving settlement or whether Ford is willing to go to trial over their maligned transmission system. However, the history of class action litigation over the DPS6 transmission proves it will be critical for owners of 2017-19 PowerShift vehicles to maintain a close eye on these proceedings. Given that these class actions commonly will automatically include every current or former owner unless they quickly complete paperwork to opt out, the time window to take action and pursue an individual claim outside of the class action could close faster than many realize.

For more information about Stern Law’s work involving the Ford PowerShift transmission and/or to pursue a claim for problems with a 2017-19 Fiesta or 2017-18 Focus, contact us today.