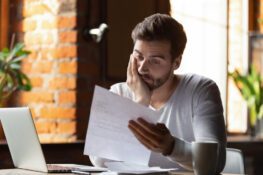 The government has announced a $300 million settlement with Chrysler over charges that the manufacturer intentionally misled regulators about the emissions systems in their EcoDiesel vehicles. These false and misleading statements, centered around 2014-16 Jeep Grand Cherokee and RAM 1500 EcoDiesel vehicles, were made as the vehicles utilized cheat devices to circumvent federal regulatory standards surrounding emissions and represent the latest news in a series of emissions scandals.

This new settlement comes about years after the company was forced to settle separate cases by the government and a nationwide class action, demonstrating a massive overall price tag for the manufacturer’s emissions cheating. That price tag appears to be over $1 billion in costs and fines associated with the matter; this new settlement alone involves a fine of nearly $100 million and the forfeiture of over $200 million in revenue tied to EcoDiesel vehicles.

Notably troubling in this entire matter is the length FCA went to when discrediting the merits of the claims against them for emissions cheating. Dating back to 2017, when the EPA accused FCA of cheating in their diesel emissions systems, the company denied wrongdoing. For years, FCA denied allegations that they worked to cheat emissions testing and circumvent regulatory standards, while also working to distance the company from the VW scandal which had recently unfolded. As a result, consumers either fell prey to these claims and continued buying the vehicles or were left unaware while the process played out. Their rights were then dramatically impacted when the class action settlement occurred and they were forced to receive the emissions update, intended to resolve the emissions cheating, or not receive any compensation from the class action. These software updates proved to be problematic for many, with a wide range of reports over the years revealing vehicle problems and consumer complaints about the impact of the new software, but also the very low settlement amount awarded. Even now, it’s easy to find complaints of individuals whose vehicles were impacted by the software who believe they were entitled to buybacks under the terms of the EcoDiesel class settlement, but have since had their claims denied.

Stern Law was at the forefront of educating the public about the potential for problems these software updates, intended to solve a manipulated emissions system, could cause driver and vehicle alike. Our firm worked tirelessly to assist as many clients as possible who wisely decided to opt out of the class action settlement to pursue their own individual claim for all the compensation they deserved. That work was made more challenging by FCA’s years of denials in the matter, as well as the ambiguous language used by the manufacturer in describing how the emissions software could impact performance. This recent settlement by Chrysler with the government illustrates how the words of a manufacturer must be taken with skepticism when emissions scandals unfold. Though not every example in the wide range of various emissions scandals results in fines and settlements on the scale of this Chrysler matter has, or results in an admission of wrongdoing, the truth is that owners must become as educated as possible about the merits of the claims and plan accordingly, rather than rely upon the word of the manufacturer they entrusted with their purchase.

FCA is not alone in their denial of wrongdoing during the litigation process, only to resolve their cases through a massive settlement. Ever since the Volkswagen emissions scandal exploded with worldwide attention in these matters, manufacturers have been steadfast in denying troubling data and legal claims surrounding the regulatory compliance of their emissions systems. Mercedes recently resolved their legal troubles in another class action settlement after denying wrongdoing; ironically, of the three major emission scandals to unfold, only VW admitted responsibility from the start while FCA and Mercedes denied there was any merit to the claims. Notably, Mercedes and FCA have since paid significant fines both in the U.S. and globally for regulatory compliance issues and the code used in the emissions systems in their vehicles to undo the harm cased by a cheat device.

At present, there are three significant emissions scandals looming in court that we believe the public, as well as current and former owners of the vehicles, should be aware of:

Chevy Cruze Clean Turbo Diesel – General Motors’ diesel edition of the Chevy Cruze is the subject of a major class action case the manufacturer has been unable to dismiss despite years of failed attempts to do so. Centered around 2014 and 2015 Chevy Cruze vehicles with diesel fuel systems, the lawsuit claims the vehicles emit nitrogen oxides (NOx) that far exceed federal regulatory standards under everyday driving conditions. For more information on this case, click here to visit our emissions-focused website and overview on the Chevy Cruze Clean Turbo Diesel legal matter.

BMW X5, 335d Diesel – Alleged to have used emissions defeat device software permitting excessive NOx in order to achieve quality performance, BMW’s X5 and 335d vehicles are the target of an ongoing class action case that could have major consequences for the manufacturer. First filed in 2018, this case has worn on and mirrors to a degree the recently settled Mercedes class action case. Current and former owners of 2019-13 X5 and 2009-11 335d vehicles are encouraged to learn more about the case on our website to ensure they are properly informed and aware of the concerns of our firm in the event a class settlement requires an emissions software update in exchange for even little compensation.

For more information on emerging emissions scandals and our firm’s work in ensuring the public has full access to the details necessary to make an informed decision about whether to opt out of a class action settlement when their legal rights are being negatively impacted, visit our dedicated website EmissionScandal.com or contact Stern Law at (844) 808-7529.