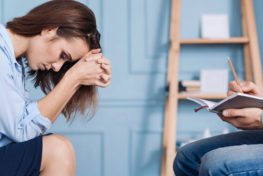 Many people throughout the United States rely on the advice and treatment of a psychologist when dealing with mental health issues. Most of these medical professionals provide skilled care. However, when a psychologist does cause harm to a patient, it is necessary to examine whether negligence or intentional conduct was responsible for the harm that was done. If the psychologist was negligent, then it may be possible to hold him or her accountable through a medical malpractice action.

One of the first steps in bringing a medical malpractice case is determining whether the behavior of the psychologist was negligent or whether it was the result of an intentional tort.

There are a number of intentional actions that lead to serious mental, emotional, or physical injury to a patient, including the following:

When there has been an intentional act that resulted in harm, there often is a criminal proceeding as well as a civil action to recover damages for the harm that was done. In addition, it may be possible to file a complaint with the licensing organization that regulates the license of the psychologist. However, it also may be possible to bring a medical malpractice case for negligence if the behavior was not intentional, but was a preventable error that led to serious harm.

In order to pursue this type of case successfully, it is necessary to prove that:

The duty of care is established by an expert and is based on what a reasonable and competent psychologist with the same education, training, and experience would have done under the same circumstances. In order to establish this standard, it is necessary to retain an expert witness who practices as a psychologist. In many states, the expert will need to spend a majority of his or her time practicing as a psychologist, rather than testifying as an expert witness. An experienced medical malpractice attorney will understand how critical it is to have the right expert present the appropriate standard of care and then be able to explain how the defendant psychologist deviated from the established standard. The degree of deviation is a good indicator of the severity of the breach of duty.

Stern Law, PLLC Advocates for Those Harmed Through Medical Malpractice

There are many people who rely on the services of psychologists who provide excellent care and professional support to guide in navigating emotional hurdles. However, when those medical professionals breach the duty of care or violate the trust that was placed in them, then it is crucial to get the right legal advice as soon as possible. At Stern Law, PLLC, our attorney has more than 30 years in holding doctors and other medical professionals accountable for the harm that they have done through negligent or reckless acts. In addition, Stern Law, PLLC offers information and resources to those who may have suffered from medical malpractice and have dedicated and knowledgeable staff members available 24 hours per day, seven days per week, to answer questions, regardless of whether or not you are a client. Call us at 1-844-808-7529 or fill out an online contact form in order to learn how we can help you get through this difficult time.