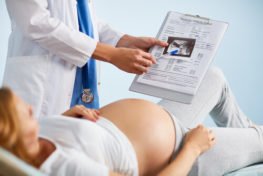 There are many things that can go wrong during pregnancy, delivery, or the time period immediately after birth that can lead to severe physical, mental, and emotional struggles for a baby who would have been perfect but for a preventable, tragic medical mistake. One of the most serious issues that may arise during birth is where the baby is deprived of oxygen while in the womb or after delivery and vital organs do not receive necessary blood supply.

One terrible condition results from a lack of blood and oxygen getting to the baby’s brain and can lead to irreparable harm. Hypoxic ischemic encephalopathy (HIE) is a form of brain damage resulting from this deprivation of blood and oxygen. The name of the condition is reflective of the harm that is done to the infant, with hypoxia indicating the lack of oxygen to the brain and other organs in the body, ischemia being the condition where there is a restriction of critical blood flow to vital organs, and encephalopathy, indicating what happens to the brain when these circumstances arise.

An infant suffering from HIE may exhibit the following symptoms:

Although there are many factors and circumstances that may lead to the development of HIE in an infant, some of the cases where a child is faced with a lifetime of struggles are caused by medical malpractice or the condition is worsened because a doctor or other medical professional made a preventable mistake. When a doctor, nurse, or other medical professional fails to diagnose a condition that may contribute to the risk of HIE or fails to respond to an emergency situation where a baby’s brain is being deprived of blood and oxygen, that healthcare provider may be liable for medical malpractice.

Some of the factors or medical conditions that may lead to a baby suffering from the devastating effects of HIE include:

The doctor or other medical professional may be able to intervene with critical care and emergency treatment during many of these situations and a failure to act, or a failure to take appropriate steps to respond to the specific condition, may qualify as malpractice.

In order to confirm a diagnosis of HIE in an infant after birth, the doctor should order immediate testing, which might include:

For many parents, the diagnosis may not come for several years. An infant who suffers from HIE may suffer mild symptoms that do not significantly impact their quality of life or he or she may experience a lifetime of debilitating symptoms. Some infants die from HIE. However, there are treatments that can limit the negative consequences of HIE. The doctor and other medical professionals must act quickly to identify the severity of the condition and apply the proper treatment in order to minimize the harm.

It may be difficult to determine the extent of the harm that was caused by HIE. In many cases, the diagnosis and prognosis does not occur until the child turns three or four years of age.

Some of the indicators of HIE include:

Once there has been a diagnosis, it becomes a challenge to identify the circumstances that led to the child’s injury. Medical professionals usually will not volunteer information that points to malpractice of a colleague, so a skilled medical malpractice attorney often must take action on behalf of the child and his or her parents.

Stern Law, PLLC Fights for the Interests of Children Harmed by Negligence

Medical malpractice often leads to serious injuries and terrible struggles, but when the victim is a child, the consequences can be devastating. At Stern Law, PLLC, our medical malpractice attorney has spent more than 30 years advocating for the rights and interests of children who were harmed through negligence and now require extensive therapy and care to lead the best lives possible. Stern Law, PLLC also provides resources to anyone with questions about birth injuries, including hypoxic ischemic encephalopathy, or other types of medical malpractice. We have knowledgeable and compassionate staff members available 24 hours per day, seven days per week, to answer questions. Call us at 1-844-808-7529 or fill out an online contact form in order to learn how we can help you get through this difficult time.