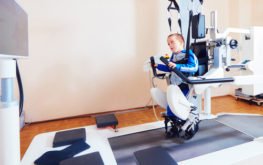 The anticipation of the arrival of a much loved baby can turn to devastation and emotional turmoil when something goes wrong during the pregnancy or delivery. Many parents face a daily struggle with a child who suffers from physical, mental, or emotional disabilities following a birth injury. One of the physical conditions that may arise because of trauma during the delivery process is Klumpke’s palsy and the children who are affected by this condition may experience the loss of function in their arm and hand, either on a temporary or permanent basis.

Klumpke’s palsy results from damage that is done to the brachial plexus, specifically involving the first thoracic nerve (referred to as the T1) and the eighth cervical nerve (C8). Often, this injury occurs as the result of a difficult or prolonged delivery. In many of these cases, the birth was scheduled as a vaginal birth and there were problems during the birth, which may have resulted from a large baby or improper positioning of the baby in the birth canal. There frequently is a point where the doctor, nurse, or other medical professional will make a decision to proceed on a specific course that leads to injury to the child.

Some of the causes of Klumpke’s palsy include

The severity of the child’s injury is dependent on the nature of the nerve damage.

There are four different types of injury that fall within a diagnosis of Klumpke’s palsy, which are:

Depending on the location and nature of the injury, a child may suffer from Erbs palsy rather than Klumpke’s palsy. Erbs palsy also results from nerve damage in the brachial plexus.

A child who suffers from Klumpke’s palsy may have the following symptoms:

Some children who suffer from Klumpke’s palsy have a condition known as Horner’s syndrome. This condition involves the dropping of the eyelids on the opposite side from the impact of the nerve damage on the arm or hand.

Many children who suffer from Klumpke’s palsy will recover completely from the injury and go on to lead normal lives free from serious physical challenges. For those who suffer from permanent nerve damage, the disability may last a lifetime, requiring modifications to the home and personal vehicles, as well as ongoing therapy and rehabilitation. The cost of dealing with this type of injury can be staggering. It is especially heart-breaking where the injury was completely preventable if the doctor or other medical professional simply had adhered to the standard for a person with the same knowledge and training and what he or she would have done under the same circumstances. In order to obtain the best possible care for a child who has suffered as the result of medical negligence, it is important to consult with a skilled and compassionate medical malpractice attorney.

Even the most skilled and trusted doctors or other medical professionals can make a tragic mistake that changes the life of a child and the family who loves him or her. At Stern Law, PLLC, our birth injury attorney has spent more than 30 years advocating on behalf of those who have been injured as the result of medical negligence. We fight for the compensation necessary to pay bills, get necessary medical treatment, and recognize the pain and suffering caused by the negligence. Stern Law, PLLC also provides resources for anyone with questions about birth injuries, including Klumpke’s palsy, or other types of medical malpractice. We have knowledgeable and compassionate staff members available 24 hours per day, seven days per week, to answer questions. Call us at 1-844-808-7529 or fill out an online contact form in order to learn how we can help you get through this difficult time.