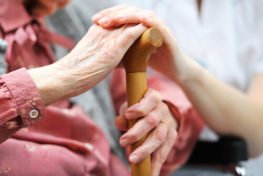 Providing Comprehensive Information for Seniors and Their Families

When our elderly loved ones are mistreated by those families have entrusted to provide for their care and needs, the sense of betrayal and disillusionment can be devastating. Abuse of nursing home residents is especially upsetting because it involves vulnerable victims who may not have the ability to effectively comprehend, report or repel exploitation and abuse. Nursing home abuse can take many forms but generally involves the exploitation or mistreatment of seniors entrusted to residential care facilities. Because elderly nursing home residents may be completely dependent on caregivers in the facility for their most fundamental and basic necessities, residents are especially susceptible to abuse by overworked, underpaid and unqualified staff members.

The prevalence of elder abuse in nursing homes across the country is far more extensive than most families would assume without knowing the rather disquieting statistics disclosed by a study prepared by the Special Investigations Division of the House Government Reform Committee:

These alarming statistics are a cause for concern to any of us that are forced to entrust a nursing home with the care of our aging parents, grandparents, favorite aunts and uncles or other loved ones. However, aging baby boomers will soon increase the drain on financial resources available for the care of seniors so more families will face the challenge of selecting a safe nursing home for their loved ones and monitoring the care of elderly family members to verify that they are not being victimized by staff, medical providers, other residents or administrators.

A member of the MacArthur Foundation Research Network on an Aging Society, S. Jay Olshansky, PhD has explained the impending challenges this way, “As this generation of those ages 55 to 64 move into retirement within the next 10-15 years, they are going to experience levels of morbidity, disability and frailty that are higher than the generations that proceeded them into retirement because they live longer.”

Understanding the Most Prevalent Types of Elder Abuse in Nursing Homes

The types of nursing home abuse that are most typical include the following:

Common acts of physical abuse inflicted on residents of nursing homes include but are not limited to the following:

Although sexual abuse is one of the more horrific forms of elder abuse in nursing homes, it is also one of the most common. Some elderly nursing home residents are not in a position to offer resistance so they provide easy prey to sexual predators. Elderly residents may also have suffered a stroke or other medical disability that impairs their speech and physical mobility. When a resident’s ability to disclose sexual abuse or to physically repel an unwanted advance is limited, it creates an increased risk of sexual exploitation. Nursing home abuse may be perpetrated by staff that are not properly screened or supervised, other residents or visitors to a facility with inadequate security.