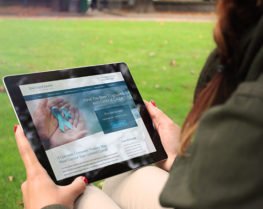 Cervical cancer represents one of the wins in the medical war on cancer. Over the past 40 years, cervical cancer deaths have been reduced by about half. This success is attributed to more women having regular Pap tests, a screening that identifies changes in the cervix, including the development of cancerous and pre-cancerous cells. When found early, cervical cancer can be cured.

What’s distressing about cases of cervical cancer is that many can be connected to the diagnosed woman’s use of common consumer products that contain talcum powder. These include baby powder and body powder, such as Johnson’s Baby Powder and Shower to Shower body powder, both made by Johnson & Johnson.

Over the same four decades that have seen fewer cases of cervical cancer, clinical studies have repeatedly indicated an increased risk of cervical and ovarian cancer among women who used talcum powder in their genital areas, such as in their panties. Researcher says talc, the silicate element used to make talcum powder, has been found in cancerous tumors of the cervix and the ovaries.

If you or a loved one of yours has been diagnosed with cervical cancer after long-term use of talcum powder products, you may be due financial restitution for your medical costs and more. Stern Law PLLC can help you explore the legal options available to you.

What You Need to Know About Cervical Cancer

The five- or 10-year survival rate refers to the percentage of patients who live at least five or 10 years after their cancer is diagnosed.

Talcum Powder Use: A Potential Cause of Cervical Cancer

When you report symptoms that may indicate cervical cancer or you have an abnormal Pap test, your doctor may ask whether you regularly use talcum powder products. While there are multiple studies linking talcum powder to an increased risk for cervical cancer, some doctors dismiss the risk, believing the science is so far inconclusive.

But since the 1970s clinical researchers have found increased risk of cervical cancer among women who use talcum powder products in their genital areas. Talc, a silicate mineral often found alongside asbestos when mined from the earth, is the primary element in talcum powder. Asbestos is a known carcinogen, and talc has a chemical and crystalline structure similar to asbestos.

Most important is the fact that clinical studies have reported traces of talc found in cervical cancer tumors.

For many years, women have used talcum powder in body powder or baby powder as a personal hygiene product to absorb moisture and cut down on friction. Manufacturers of Johnson’s Baby Powder, Shower to Shower body powder and Baby Magic Baby Powder have marketed their use to women.

Powders made of cornstarch do not present the health risk that talcum powder does. Check the ingredients label of any product you use to see if it contains talcum powder or talc.

If you discuss symptoms that may be related to cervical cancer or an abnormal Pap test with a doctor or gynecologist, you should also tell your doctor if you:

Having regular Pap tests and pelvic exams is the best way to guard against cervical cancer. They can help identify it at its earliest stages or at pre-cancerous stages. Also, obtaining the HPV vaccine protects against the types of human papillomavirus that most often cause cervical, vaginal and vulvar cancers.

Regular screening is important because cervical cancers and pre-cancers usually have no symptoms. Symptoms typically occur only after the cancer has spread to nearby tissue. When this happens, the most common symptoms are:

There are, of course, reasons other than cervical cancer that a woman may have these symptoms. But it is wise to see a doctor about any of the symptoms above. Ignoring symptoms that are caused by cervical cancer may allow the cancer to progress, which will decrease the effectiveness of treatment.

How Your Doctor Diagnoses Cervical Cancer

Most often, a cervical cancer diagnosis begins with an abnormal Pap test result. This will lead your doctor to inquire further. Your doctor may also order tests if you report unusual vaginal bleeding or pain after intercourse, including a Pap test if you have not recently had one.

Your doctor will likely begin by asking about your medical and personal history to determine whether you have risk factors for cervical cancer. These include:

Your doctor may order a test to obtain a biopsy, which means removing a small (about 1/8-inch) section of the abnormal area on the surface of the cervix, which is sent to the laboratory for examination. This may require:

If a biopsy indicates pre-cancer, doctors will take steps to keep actual cancer from developing. Your doctor may be able to remove a small precancerous section of the surface of your cervix with a loop electrosurgical procedure, laser surgery or cryosurgery (freezing the tissue), each of which can be done in a doctor’s office or clinic under local anesthesia.

If you have cancer of the cervix, how far it has spread may indicate the type of treatment your doctor suggests. Treatment may include one or more of these procedures:

The information sought in medical exams and diagnostic tests allows doctors to determine the size of cervical cancer tumor, how deeply the tumor has invaded tissues in and around the cervix, and whether cancer of the cervix has spread to lymph nodes or distant organs (metastasis). Denoting the extent of cancer present is known as “staging,” which is a key factor in selecting the right treatment plan.

There are multiple systems for “staging” cervical cancer, with each higher stage indicating additional locations in the body where the disease has been found. As any cancer spreads farther from its origination point (e.g., the cervix), the medical case becomes more severe, and obtaining remission or a cure becomes less likely.

If you or a loved one of yours has been diagnosed with cervical cancer and you or she has a history of using talcum powder products, Stern Law, PLLC, would like to hear from you. We pursue legal claims on behalf of women or the families of women who have cervical cancer caused by talcum powder use. One of our trusted talcum powder injury lawyers can meet with you for a free and confidential evaluation of your case.

Ken Stern has focused his legal practice on helping individuals and families harmed by other people’s negligence, including by dangerous consumer products. The primary goal of Stern Law’s work is to provide answers, guidance and support to those whose lives have been upended by debilitating illness and injuries. When our clients deserve to be compensated for their injuries and losses we fight passionately on their behalf.

Contact Stern Law, where we seek justice for the unjustly injured, about cervical cancer that may be linked to talcum powder use. Contact us today.