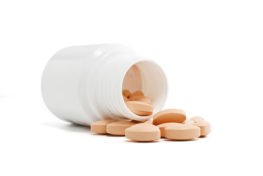 More and more Americans are being diagnosed with diabetes. According to the Centers for Disease Control and Prevention (CDC), approximately ten percent of the population – over 29 million individuals – have been diagnosed with diabetes, and this number is expected to increase in the future. As the number of diabetics in America increases, so too are the treatment options available to help diabetics manage their condition.

In the past, those diagnosed with diabetes may have only had insulin-based treatments available to help them manage their blood sugar levels. Now, however, there have been a number of other drugs that have been developed and marketed to help diabetics in managing their condition.

Not all of these drugs are safe, however.

Dangers of Certain Drugs for Diabetics

Drugs such as Invokana, Farxiga, Xigduo, Invokamet, Jardiance, and other similar drugs have been marketed to Type II diabetics as a new type of diabetes medicine. (These medications are not to be prescribed for individuals who have been diagnosed with Type I diabetes.) These drugs are classified as sodium-glucose co-transporter-2 (SGLT2) inhibitors. SGLT2 helps the body reabsorb glucose through the kidneys. An SGLT2 blocks this reabsorption process and thereby increases the amount of glucose secreted from the body. This, in turn, lowers the amount of glucose in the bloodstream.

SGLT2 inhibitors may cause serious, even life-threatening, side effects such as:

Other complications have been linked to SGLT2 inhibitors, including strokes, urinary tract infections, deep vein thrombosis, and the necessity of removing toes, feet, and/or legs because of damage to the nerve and tissue brought about by abnormal blood sugar levels.

Response of the Food and Drug Administration (FDA)

The Food and Drug Administration (FDA) has cautioned patients about the link between SGLT2 inhibitors and diabetic ketoacidosis. However, in more recent times the FDA has also begun highlighting the potential risks of acute kidney injury and serious urinary tract infections. Some of these conditions are brought about because a person whose diabetes is not controlled well will have too much acid in his or her blood (a byproduct of the body breaking down fat because it is unable to use glucose because of a lack of insulin).

The Role of Drug Manufacturers of Diabetic Medications

Have You Experienced Complications from Your Diabetes Prescription Drug?

If you are a diabetic who was prescribed Farxiga or another SGLT2 inhibitor drug and suffered a serious injury or required hospitalization after a heart attack or stroke, you may be entitled to compensation from the manufacturer of that drug. Your ability to obtain compensation will depend in part on showing that the drug manufacturer either knew or should have known that its drug was unreasonably dangerous and/or that the drug manufacturer provided you with inadequate warnings about the drug’s side effects. It must also be shown that your diabetes drug caused or contributed to your injury or condition.

When you need experienced and skilled legal representation following a diabetic drug injury, look no further than the knowledgeable law firm of Stern Law, PLLC. We have helped numerous clients recover compensation for medical bills, lost wages, and other losses following a drug-related injury. Learn what our firm can do for you by calling Stern Law, PLLC at (844) 808-7529.