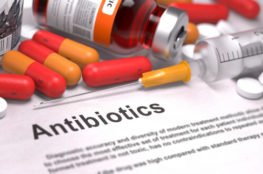 Fluroquinolone antibiotics are regularly prescribed to Americans each year to assist in the treatment of everything from urinary tract infections to pneumonia and other respiratory diseases. These drugs were generally considered safe and effective forms of treatment by doctors, but this opinion is beginning to change. Studies now suggest that these drugs, including the drugs Levaquin, Cipro, and Avelox can cause dangerous and permanent side effects that can negatively impact the lives of patients and their families. As a result, injured patients who took these drugs and later suffered serious side effects are now bringing claims against the manufacturers of these drugs and seeking compensation for their injuries.

Side Effects Associated with These Antibiotics

Some injured patients showed no signs of side effects for years despite taking one of these antibiotic medications.

Common side effects that did appear included:

These conditions have caused the Food and Drug Administration (FDA) to issue warnings about the use of these drugs. In 2013, for example the FDA issued a directive to the manufacturers of these antibiotic medications that required them to add warnings about the risk of peripheral neuropathy. In particular, these warnings advised patients that peripheral neuropathy could begin immediately after starting to take the drug and may be lifelong. Earlier than that – in 2008 – the FDA issued a warning advising patients that taking these drugs increased the risk of tendinitis and tendon rupture. A further warning was added in 2011 regarding myasthenia gravis, which is an autoimmune disorder which impacts skeletal muscles.

In light of medical studies which suggest a link between these drugs and aortic dissection or aortic aneurysm, a lawsuit was filed in early 2016 by five individuals who used to take Levaquin and who suffered injuries from the drug’s side effect. The case was filed against the drug’s manufacturer, Johnson & Johnson, and sought nearly $800 million in damages. The injured patients in the case believe that Johnson & Johnson failed to warn consumers about the dangers of Levaquin despite knowing about the drug’s more dangerous side effects for years. Additional lawsuits are likely to be filed as more and more individuals become aware of these drugs’ dangerous side effects.

If you were prescribed one of these antibiotic drugs for a medical condition, you should be alert for signs of disorders of the aorta and/or peripheral neuropathy. Talk to your prescribing doctor about switching to a different medication that has fewer serious side effects. If you believe you are experiencing an aortic dissection, aortic aneurysm, or believe you are developing peripheral neuropathy, seek medical attention right away. Recall that aortic aneurysms can be deadly and may produce few, if any, warning signs prior to the aneurysm bursting.

Lawsuits against drug manufacturers that distributed Levaquin, Cipro, Avelox, and other fluroquinolone antibiotics are complicated matters and require experienced legal assistance to property investigate and present. Stern Law, PLLC has been representing individuals harmed by dangerous drugs for years and is well-equipped to efficiently investigate your case and (if appropriate) pursue compensation on your behalf. Now that the dangers of these drugs is more widely known, you only have a limited time in which to file a claim for compensation. Call (844) 808-7529 to speak with us about your dangerous side effect injury case and learn how Stern Law, PLLC can assist you.