Call for immediate help (844) 808-7529
Overview of Invokana® Lawsuit Claims Resources Gathered For You- Our hope is to inform, educate and become advocates for you. 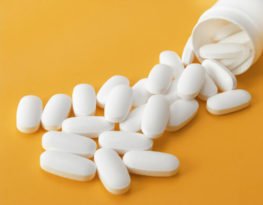 Our defective pharmaceutical lawyer is currently accepting legal claims of victims who have experienced severe side effects linked to Invokana®. SGLT2 inhibitors like Invokana®, Jardiance®, Xigduo XR®, Invokamet®, Farxiga®, Synjardy®, and Glyxambi® have been linked to serious side effects, including:

The FDA has issued multiple warnings about the severe side effects associated with Invokana® and other medications in the SGLT2 class of drugs. Jannsen Pharmaceutical, a subsidiary of Johnson and Johnson (J&J), manufactured Invokana®. The drug has been prescribed to nearly two million people generating hundreds of million of dollars in revenue for J&J in 2015.

Despite the significant number of diabetes patients prescribed Invokana®, QuarterWatch, published by the Institute for Safe Medication Practices, which analyzes FDA adverse event reporting, indicated that the federal agency received 5,500 adverse event reports listing Invokana® use during the last year. The publication also indicated that 168 of these reports involved metabolic acidosis. Our defective drug lawyer at Stern Law, PLLC represents victims of Big Pharma injured by unsafe drugs with compassion and tenacity. Our law firm is committed to giving voice to individual consumers who suffer the devastating impact of drugs with serious side effects. If you have experienced ketoacidosis, acute kidney failure, or other serious side effects after taking Invokana® or other SGLT2 class drugs, we invite you to call us at 1-844-808-7529 to receive a free case evaluation.

Invokana® (generic: canagliflozin) is an “SGLT2 inhibitor” (sodium-glucose-co-transporter 2) that decreases sugar in the body by suppressing insulin levels, so the cells in the body cannot use sugar (glucose) as fuel. The reduced insulin levels result in an increased amount of sugar being expelled through urination. The widely prescribed diabetes drug has been linked to the following potentially life-threatening side effects:

Although the FDA has not recalled Invokana®, the agency has issued multiple warnings regarding risks associated with the drug based on adverse event reports and scientific research. Invokana® was the first SGLT2 inhibitor on the market after the FDA approved it in 2013. Despite a relatively short time on the market, the drug has been the subject of multiple FDA warnings:

These FDA warnings have been based on thousands of adverse event reports from patients along with scientific research, including but not limited to the following:

Free Case Evaluation for Victims of Serious Invokana® Side Effects

At the Stern Law, PLLC, we are currently investigating claims for compensation on behalf of patients who have suffered severe side effects associated with Invokana and other SGLT2 inhibitors. We invite you to give us a call today to see if you or a loved one is entitled to compensation for the harm you have suffered. Patients who have experienced ketoacidosis, kidney problems, amputation, heart attacks, or stroke after use of Invokana® might have a right to compensation from the manufacturer of the drug for negligence and failure to warn consumers of the risk of serious adverse side effects. Call Stern Law, PLLC today at 1-844-808-7529 for more information on scheduling your free case evaluation with one of our knowledgeable Invokana® injury lawyers.