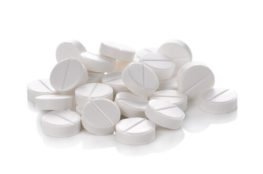 Lexapro and SSRIs In General: What Women Should Know

Lexapro, also known in its generic form as Escitalopram, is an anti-depressant medication that is part of a class of drugs called selective serotonin re-uptake inhibitors, or SSRI’s. Released to the public in 2002 by its manufacturer, Forest Laboratories, Inc., (“Forest”), Lexapro has been considered highly effective in the treatment of certain conditions such as anxiety, depression and other related disorders.

Notwithstanding the purported benefits of taking Lexapro, a number of birth defects have been linked to the use of this drug during pregnancy, such as:

In 2006, the FDA released a public safety warning regarding the potential risks of birth defects associated with women taking SSRI’s such as Lexapro while pregnant. The FDA’s warning primarily focused on the possibility of children developing persistent pulmonary hypertension, or PPHN, due to Lexapro and other types of SSRI’s taken during pregnancy. Specifically, PPHN is a birth defect that makes it difficult for children to breathe outside of the womb, required significant measures to keep the child alive at birth. However, the FDA indicated that it was not fully certain about said risks due to the fact that its conclusion was rendered from only one published study. Since this time, there have been a number of conflicting findings from subsequent studies evaluating the potential risk of PPHN in newborns, making it unclear as unclear as to whether taking SSRIs during pregnancy can cause PPHN.

In 2011, the FDA issued an updated report regarding the use of SSRIs, such as Lexapro, during pregnancy. The report provides that due to conflicting studies evaluating the risks of SSRS’s and increased incidences of birth defects and conditions such as PPHN, it is premature for the FDA to reach any conclusion about a possible link between SSRI use in pregnancy and PPHN.

What Studies Say about Lexapro, SSRI’s and Pregnancy

Lexapro in the News

Due to the increased incidences of reported birth defects associated with the use of Lexapro and other SSRI’s during pregnancy, numerous lawsuits have been brought against Forest, the drug’s manufacturer.

It is crucial to speak with an attorney who is qualified to handle the various complexities and nuances associated with suing pharmaceutical and medical device manufacturers. Only skilled lawyers can help victims of Lexapro recover monetary damages for costs due to medical treatment, pain and suffering, emotional trauma, counseling costs, funeral expenses, as well as lost wages. You certainly need a defective drug attorney on your side who has the experience necessary to help you get the compensation that you deserve.

Give us a call today to see if you or a loved one may be entitled to recover monetary damages from complications caused by Lexapro. Call attorney Ken Stern at 1-844-808-7529, or complete an online contact form for assistance.