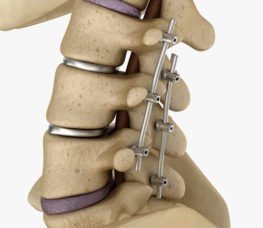 In 2002, the FDA approved the use of Infuse Bone Grafts, manufactured by Medtronic, to fuse vertebrae in the lower spine in order to treat certain spinal conditions such as degenerative disc disease. Unlike other bone grafts that use a portion of a patient’s own bone, the Medtronic Infuse Bone Graft contains a genetically engineered protein that the body that causes bone growth in certain areas of the spine, allowing surgeons to have control over where spinal re-growth occurs. While the device was approved to be used in the lower spinal region, it has also been used in other “off-label” areas, such as the neck.

While infuse bone grafts have helped people suffering from debilitating spinal conditions, it has nonetheless been associated with causing severe and life threatening complications, such as:

Medtronic Infuse Bone Grafts Have Been Shown to be Dangerous

According to a 2011 study published in The Spine Journal, researchers reported complications in ten to fifty percent of patients who received infuse bone grafts, pursuant to several Medtronic funded clinical trials. Moreover, surgeons based in North Carolina reported that complications arose in nearly 60% of those who received Medtronic Infuse Bone Grants during their cervical infusion procedures. Additional reports indicate, pursuant to an article in the Wall Street Journal, that Medtronic paid a doctor to produce false positive results about the use of the grafts. The article further provides that Medtronic also promoted the bone graft as a safe treatment for cervical spine procedures, despite the fact that the FDA did not approve the use of these grafts for this use.

Due to serious risks associated with the use of Medtronic Infuse Bone Grafts, several lawsuits have been filed against its manufacturer. Specifically, a handful of lawsuits were filed against the Medtronic by former employees of the company, asserting that the company gave illegal monetary incentives to doctors to use their bone grafts. Moreover, in December of 2008, the family of a deceased bone graft victim filed a wrongful death suit against Medtronic, asserting that the company failed to warn the public about the risks associated with the use of the device for surgical procedures on the cervical spine. The suit further alleged that Medtronic openly encouraged the off-label use of the grafts, despite the fact that the FDA did not approve of such use. An additional lawsuit was filed against Medtronic due to a plaintiff who suffered from severe swelling of the throat and next due to receiving a Medtronic Infuse Bone Graft, resulting in an emergency tracheotomy. Overall, product lawsuits are expected to continue to be filed against Medtronic due to the increasing numbers of victims coming forth each year seeking compensation for their injuries.

It is crucial to speak with an attorney who is qualified to handle the various complexities and nuances associated with suing infuse bone graft manufacturers. Only skilled lawyers can help victims of infuse bone grafts recover monetary damages for costs due to medical treatment, pain and suffering, as well as lost wages. You certainly need an attorney on your side who has the experience necessary to help you get the compensation that you deserve.

Give us a call today to see if you or a loved one may be entitled to recover monetary damages from complications caused by Medtronic. Call attorney Ken Stern at 1-844-808-7529, or complete an online contact form for assistance.