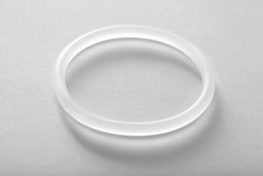 NuvaRing, also known in its generic form as the etonogestrel/ethinyl estradiol vaginal ring, is a low dose contraceptive insert that was originally manufactured by Organon, a Dutch pharmaceutical company (Organon was ultimately bought by Schering Plough, who then merged in 2009 with Merck & Co., who is now known as “Merck & Co., Inc.”). NuvaRing is a small ring shaped device that is inserted into the vagina on a monthly basis. Unlike contraceptive pills, NuvaRing does not need to be taken every day, as it provides a steady stream of low dose hormones over an entire month period.

While NuvaRing has become a popular option for women who want the convenience of a monthly contraceptive insert, there has been several serious health risks associated with its use, such as:

Given the increased incidence of the above listed side effects associated with the use of NuvaRing, the FDA issued a study of this device and other contraceptive products. Entitled “Combined Hormonal Contraceptives (CHCs) and the Risk of Cardiovascular Disease Endpoints”, this October 2011 report concluded, in pertinent part, that the use of NuvaRing increases one’s risk of experiencing cardiovascular complications, such as a deep vein thrombosis, heart attack or stroke.

What are the Problems Associated with the Use of NuvaRing?

NuvaRing releases a steady stream of hormones, such as progesterone and estrogen, into the bloodstream, sometimes creating a higher risk of blood clots and cardiac issues in people that use it. These risks have become well known and also, the subject of several research studies. According to one study issued by The British Medical Journal on May 10, 2012, users of contraceptives such as NuvaRing have a 90% increased risk of getting blood clots over using oral contraceptives. An additional study in The New England Journal of Medicine published On June 14, 2012, indicates that vaginal ring contraceptives such as NuvaRing may cause a 2.5 to 3-fold increased risk of blood clots.

It is crucial to speak with an attorney who is qualified to handle the various complexities and nuances associated with suing pharmaceutical and medical device manufacturers. Only skilled defective drugs lawyers can help victims of NuvaRing recover monetary damages for costs due to medical treatment, pain and suffering, emotional trauma, counseling costs, funeral expenses, as well as lost wages. You certainly need an attorney on your side who has the experience necessary to help you get the compensation that you deserve.

Give us a call today to see if you or a loved one may be entitled to recover monetary damages from complications caused by NuvaRing. Call attorney Ken Stern at 1-844-808-7529, or complete an online contact form for assistance.