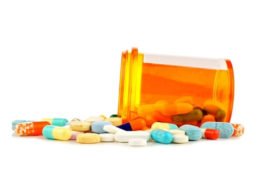 What You Should Know About Taking Paxil When Pregnant

Paxil, also known as Paroxetine, is an anti-depressant medication that is part of a class of drugs called selective serotonin re-uptake inhibitors, or SSRI’s. Released to the public in 1992 by its manufacturer, GlaxoSmithKline Plc., (“Glaxo”), Paxil is the first SSRI drug that has been approved by the FDA to treat panic related disorders. Paxil has also been used to treat people with:

Notwithstanding the purported benefits of taking Paxil, a number of birth defects have been linked to the use of Paxil during pregnancy, such as:

In December of 2005, the FDA released a safety warning about the potential risks of birth defects in children born of women who took Paxil while pregnant. Specifically, the FDA warned, pursuant to its review of two major studies of the drug, that pregnant women should not take Paxil given the high likelihood of having a child with serious heart defects. As a result, the FDA required Glaxo to update Paxil’s drug warning label. Moreover, the FDA also requested that Glaxo reclassify Paxil’s pregnancy category from C to D. In other words, Pregnancy Category D is a stronger warning given studies that have demonstrated a link between Paxil and harm to a fetus.

Paxil and Pregnancy: the Hard Facts

Alarmingly, results of studies reviewed by the FDA demonstrate that women who take Paxil while pregnant are 1.5 to 2 times more likely to have a child with serious birth defects, such as atrial and ventricular septal defects (in other words, a defect that causes holes in the walls of the heart). These types of heart defects can range from very minor to extremely severe, requiring surgery to save a baby’s life. As for the general population, the risk of having children with atrial and septal defects is about one percent. As such, the FDA has recommended that women not take Paxil while pregnant.

In addition, a recent study issued in the July 2012 issue of the Archives of General Psychiatry indicates that children born to women taking Paxil are more likely to experience delayed head growth and also, are at risk of being born prematurely. Click here for more on this study.

Paxil in the News

According to a 2009 Bloomberg report, since the release of Paxil in the early 1990’s, Glaxo has paid over one billion dollars in damages due to lawsuits involving birth defects suffered by children born of women who took Paxil while pregnant. Glaxo is also facing over 600 more products liability cases related to birth defects associated with the use of Paxil during pregnancy.

It is crucial to speak with an attorney who is qualified to handle the various complexities and nuances associated with suing pharmaceutical and medical device manufacturers. Only skilled defective product lawyers can help victims of Paxil recover monetary damages for costs due to medical treatment, pain and suffering, emotional trauma, counseling costs, funeral expenses, as well as lost wages. You certainly need an attorney on your side who has the experience necessary to help you get the compensation that you deserve.

Give us a call today to see if you or a loved one may be entitled to recover monetary damages from complications caused by Paxil. Call attorney Ken Stern at 1-844-808-7529, or complete an online contact form for assistance.