Call for immediate help (844) 808-7529
Risperdal Lawsuits for Serious Side Effects Resources Gathered For You- Our hope is to inform, educate and become advocates for you. 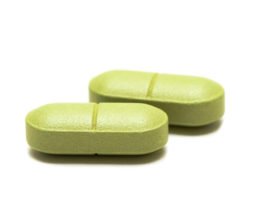 Our defective pharmaceutical lawyers discuss medical research, FDA warnings, and lawsuits filed regarding side effects associated with Risperdal®, which include gynecomastia, the development of breasts and lactation in males. Risperdal® is a brand name for the drug risperidone, which is used to treat schizophrenia, autism spectrum disorders, and bipolar disorder in adolescent boys and young men. Multiple scientific studies have revealed that the drug causes the undesirable side effect of gynecomastia in males. Gynecomastia refers to the development of abnormal male breast tissue, which has been linked to the drug causing an elevation in the hormone prolactin. This unwanted growth of male breasts also can be accompanied by lactation, pain, swelling, and tenderness of the abnormally enlarged male breasts.

Our compassionate and experienced defective drug attorneys are currently reviewing claims by victims of this drug to evaluate their claims against Janssen Pharmaceuticals, the manufacturer of Risperdal®, a subsidiary of Johnson and Johnson (J&J). J&J has already settled numerous claims. The attorneys and staff of our law firm tenaciously pursue justice and the fullest compensation for consumers harmed by defective drugs.

If you are struggling with gynecomastia, as well as the psychological and emotional consequences of this uncomfortable and embarrassing condition, we invite you to speak to an experienced bad drug lawyer at Stern Law, PLLC (844) 808-7529 to learn about your rights and how we can work to maximize your recovery. Our law firm offers a customer service orientation because we care about the victims we represent and strive to obtain the compensation they need to overcome the hardships caused by defective pharmaceuticals.

Potential Side Effects That Have Been Associated with Risperdal®

Risperdal is an antipsychotic medication widely prescribed to young males for bipolar disorder, autism, and schizophrenia. Multiple studies have found a link between use of the drug and the development of gynecomastia.

The development of this condition after taking Risperdal® might cause the following unwanted side effects in males:

Scientific Evidence Indicating a Link between Risperdal® and Gynecomastia

Multiple scientific studies have found a link between the development of abnormal breast growth in males and the use of the drug Risperdal®. Example of this evidence include:

Testimony in a lawsuit brought by an Alabama man Austin Pledger, who received a jury verdict for $2.5 million, indicated J&J covered up study results linking Risperdal® to elevated levels of prolactin according to an article in New Brunswick Today. J&J funded a 2003 study that found no link between Risperdal® and excessive prolactin levels. However, a manuscript of the study included two tables showing a link between the drug and elevated levels of the hormone. Evidence presented at the trial indicated these two tables were omitted from the published study and were not provided to the FDA. Janssen employed three of the authors of the study, and the two independent authors subsequently requested a reanalysis of the findings.

Federal Government Action Related to Side Effects of Risperdal®

Although the drug’s labeling includes a warning regarding the risk of gynecomastia in boys, J&J allegedly promoted Risperdal® before receiving FDA approval. J&J settled a lawsuit with the Department of Justice in 2013 for $2.2 billion for unlawful marketing of the drug from 1999 to 2005. The pharmaceutical’s side effects were not well known in the medical community during this period.

More than 1,700 Risperdal® lawsuits have been filed against the Janssen and J&J that allege a range of allegations, including but not limited to the following:

At the Stern Law, PLLC, we are currently investigating claims for compensation on behalf of boys and young men who experienced unwanted growth of male breasts after taking Risperdal®. We are tenacious advocates for the rights of our clients, so we aggressively pursue the fullest compensation for victims of the adverse physical and emotional effects of defective pharmaceuticals. We invite you to give us a call today to see if you or a loved one is entitled to compensation for the harm you have suffered. Call Stern Law, PLLC today at 1-844-808-7529 for more information on scheduling your free case evaluation with one of our knowledgeable Resperdal® lawyer.