Call for immediate help (844) 808-7529
Physiomesh Lawsuit Timeline Resources Gathered For You- Our hope is to inform, educate and become advocates for you. 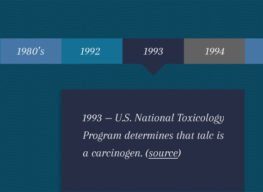 Physiomesh™ Flexible Composite Mesh was put on the market in 2010 and withdrawn from the market in May 2016. Any patient who underwent laparoscopic hernia repair surgery during that time period may have been implanted with a Physiomesh™ flexible mesh patch. Many people still have the Physiomesh™ hernia mesh implanted and remain at risk of developing complications, even if the surgery seemed successful initially.

Ken Stern and the attorneys of Stern Law, PLLC, are actively investigating cases involving injuries and complications caused by the defective medical device Physiomesh™ Flexible Composite Mesh. Our compassionate attorneys understand the health complications and difficulties that you are facing. Faulty hernia mesh cases are challenging cases that involve going up against large, well-funded medical device corporations. It is important to have a highly qualified attorney and law firm with the resources and commitment to pursue these cases to conclusion. Stern Law has a network of experienced personal injury attorneys across the U.S. who investigate Physiomesh™ injury cases.

Our Defective Product Lawsuitsmedical product liability attorneys have put together a timeline of significant dates involving the introduction and withdrawal of Physiomesh™ Flexible Composite Mesh and ongoing litigation. Many patients have experienced complications with Physiomesh™. We expect many additional lawsuits to be filed. One of our attorneys is available review the specific facts of your hernia repair complications and answer your questions about a lawsuit. Contact us to schedule a no-obligation consultation with a Physiomesh™ lawsuit attorney.

April 2010 – The FDA determines that Physiomesh™ Flexible Composite Mesh is substantially equivalent to mesh products already in use in interstate commerce and grants expedited approval. The product is indicated for use for the “repair of hernias and other fascial deficiencies that require the addition of a reinforcing or bridging material to obtain the desired surgical result.”

November 2011 — FDA receives adverse event report notifying of a patient implanted with Physiomesh™ who had to return to surgery 13 days later because the mesh was infected.

October 2014 — The FDA issues a safety alert, announcing patient reports of complications involving surgical mesh used to repair hernias. The FDA said the complications included adverse reactions to the hernia mesh, infections, chronic pain, hernia recurrence and adhesions in which the mesh sticks to loops of the intestines or other organs. The FDA advises patients to consider asking their surgeon about the pros and cons of using surgical mesh and about the doctor’s experience with the particular product they are using and in treating mesh complications.

April 2016 — An Illinois man who experienced serious complications after hernia repair surgery files a lawsuit against Ethicon, Inc., in U.S. District Court in Illinois, alleging that the Physiomesh™ implanted in him in 2013 caused abdominal pain, fever, nausea, abdominal abscesses and the need for further hospitalization and additional surgery. In addition, the patient claims that the defective product caused him to have ongoing serious health problems including two open abdominal wounds that require daily cleaning and packing. The lawsuit alleges that the product was defective, unreasonably dangerous and unfit for its intended purpose”.

May 2016 — An urgent Field Safety Notice is issued by Johnson & Johnson subsidiary Ethicon to hospitals, surgical centers and healthcare providers announcing a voluntary worldwide medical device removal of Ethicon Physiomesh™ Flexible Composite Mesh (for laparoscopic use) from the market. The notice states that Ethicon decided to remove the product after an analysis of unpublished data from two large hernia registries in Germany and Denmark showed higher than average rates of hernia recurrence and need for repeat surgeries among patients who received Physiomesh™ as compared to patients who had similar mesh products.

Ethicon says that it cannot determine precisely what is causing the higher failure rate, but suspects that it is a combination of product characteristics, as well as operative and patient factors. The analysis was conducted at the request of the Ethicon Medical Safety Team. Ethicon advised doctors who have used Physiomesh™ to monitor their patients in the regular manner.

December 2016 — A lawsuit is filed in U.S. District Court in Florida by a woman who had Physiomesh™ composite mesh implanted during hernia surgery in February 2016. The patient had to have a revision surgery in August 2016 due to complications including a recurrent hernia, pain and adhesions. The lawsuit names Johnson & Johnson, and its subsidiary, Ethicon, Inc. The lawsuit alleges that Johnson & Johnson and Ethicon, Inc., continued to manufacture and sell Physiomesh™ after obtaining information that the mesh product was defective and unreasonably unsafe and likely to cause injuries to patients. The lawsuit seeks compensatory and punitive damages.

February 2017 — A Georgia woman and her husband filed a hernia repair injury lawsuit against Ethicon and Johnson & Johnson in federal court, alleging that the woman’s Physiosmesh™ patch caused pain, recurrence of a hernia and intestinal obstruction. She had the Physiomesh™ implanted and had to undergo a lengthy follow-up surgery in August 2016 to try to remove to Physiomesh™ from her intestines, which were obstructed. The doctors could not remove portions of the Physiomesh™, which remain in her body. The lawsuit alleges that the woman and her husband have suffered loss of consortium and companionship as a result of her injuries caused by the defective medical device. The lawsuit seeks compensatory and punitive damages.

January 2018 — The U.S. District Court for the Southern District of Illinois is set to hear the first trial of a lawsuit involving injuries to man who had a Physiomesh™ device implanted during hernia surgery.